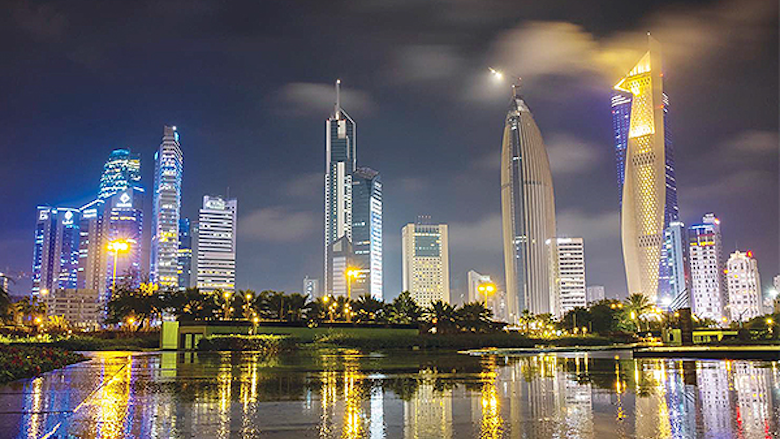 Kuwait’s economic freedom score is 63.2, making its economy the 79th freest in the 2020 Index. Its overall score has increased by 2.4 points, primarily because of a higher score for government integrity.

Kuwait is ranked 8th among 14 countries in the Middle East and North Africa region, and its overall score is just above the regional and world averages.

The Kuwaiti economy has been stuck in the moderately free category since its inclusion in the Index in 1996. GDP growth has stagnated over the past five years.

The government’s priority is to fast-track economic reform and diversify the economy away from its reliance on hydrocarbons. To do this and also expand economic freedom, the government should first address long-standing problems caused by government corruption, a bloated and inefficient bureaucracy, and a relatively poor business and investment climate.

Background
The former British protectorate of Kuwait is a constitutional monarchy and has been ruled by the al-Sabah dynasty since the 18th century. Islamists scored major gains in 2012 parliamentary elections, and Emir Sabah al-Ahmad al-Jabr al-Sabah’s efforts since then to repress growing opposition from Islamists and tribal populists have sparked protests. In the 2016 parliamentary elections, opposition candidates won almost half of the seats, complicating economic reform efforts. Kuwait controls approximately 6 percent of the world’s oil reserves. Oil and gas account for nearly 60 percent of GDP and about 92 percent of export revenues. The government saves at least 10 percent of revenue annually to cushion itself against the possible impact of lower oil prices.

Rule of law
Noncitizens of Gulf Cooperation Council countries may not own land without special permission and face additional hurdles in the poorly developed legal system. The emir appoints all judges, and the judiciary is not independent. Corruption is pervasive, and allegations of corruption lodged by lawmakers against government ministers have been at the heart of Kuwait’s recurring political crises.

Government Size
Individual income is not taxed. Foreign-owned firms and joint ventures are the only businesses subject to the flat 15 percent corporate income tax. The overall tax burden equals 1.4 percent of total domestic income. Government spending has amounted to 50.9 percent of the country’s output (GDP) over the past three years, and budget surpluses have averaged 6.1 percent of GDP. Public debt is equivalent to 14.8 percent of GDP.

Regulatory Efficiency
Starting a business has been made easier, and protections for minority investors are improved. The Kuwaiti population has become used to assured government jobs with considerable government benefits. More than 80 percent of working-age Kuwaiti citizens are employed by the government. Although the government had planned to end all subsidies by 2020, they still accounted for over three-quarters of expenditures in the 2019–2020 budget.