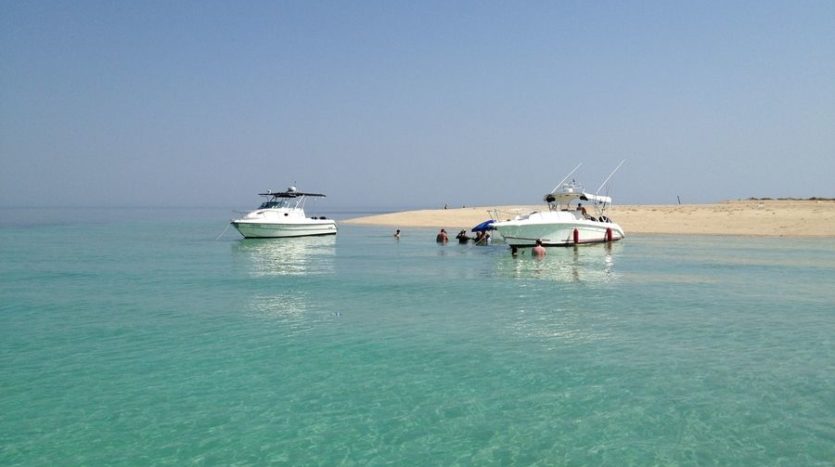 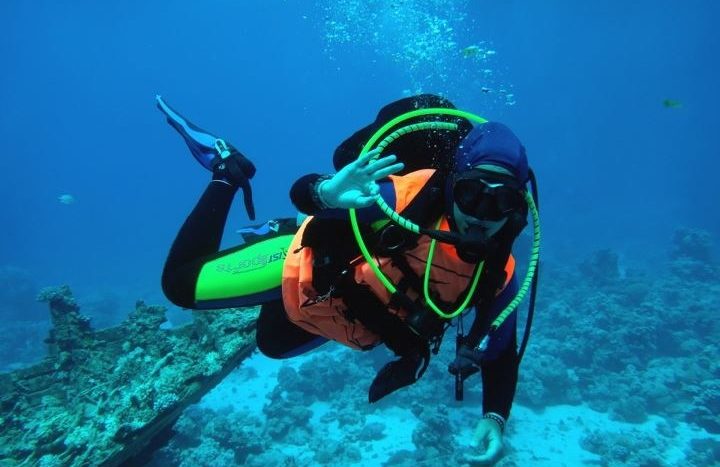 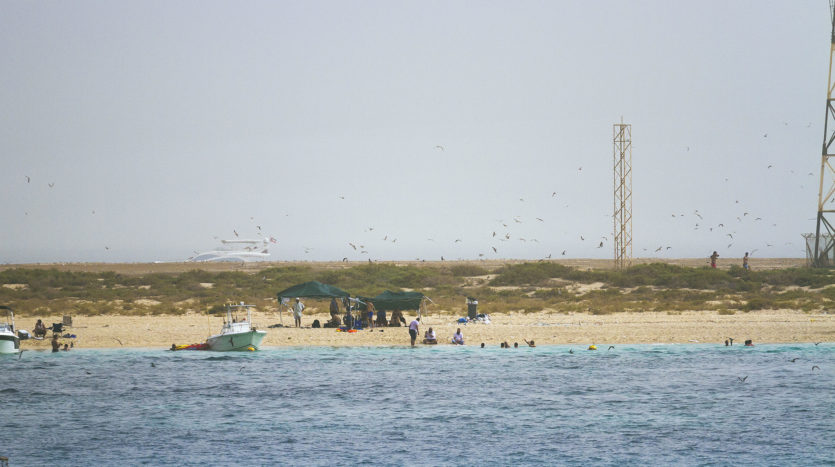 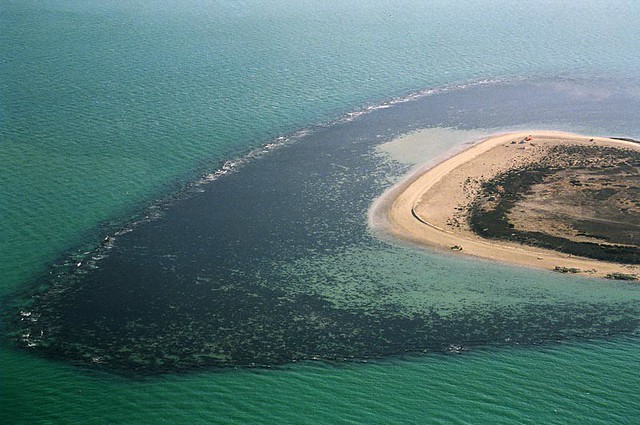 Among the best spectacles of nature is the well-known Kubbar Island, fairly Small Sandy Island situated in the Persian Gulf close to Fahaleel. Kubbar lies about 29 kilometers off the Failaka coast and 30 kilometers off Kuwait’s southern shore.

The Kubbar Island is a serene getaway which gives Kuwait nation its pride in picturesque places. The island is nothing short of spectacular, and is in every way unspoiled. The sparkling blue waters and the grainy crystal sands make the island’s beaches so enticing to the visitors. Even though the island’s infrastructure remains yet to be developed, the Kubbar Island local tourist industry is beginning to flourish; it provides boating, sailing, swimming and water sports.
The best time to visit the island is before 3 pm in the evening as in the late afternoon the island is overcome by hordes of speeding boats and bikinis, with the tanning oils in the sea.

Geography and Climate
The Kubbar Island is almost circular, with a diameter of 375 to 380 meters, corresponding to an area of about 27 acres. It is sandy, with low coasts and sparsely vegetated. The island is surrounded by Coral reefs and is therefore popular with scuba divers. Springtime on Kubbar Island is regarded as particularly special by Kuwaitis. The island has quite a different Eco system to mainland Kuwait, and its budding flowers and changing temperatures are much loved by the visitors.
The water has wonderful visibility and snorkelling in the waters of Kubbar is the ticket to an amazing marine life show in the Middle East. The warm tropical climate of Kuwait is a fact well known, but Kubbar Island’s cool surrounding waters give visitors the ideal setting to cool down in. The Island is inhabited by various forms of wildlife with many species of rare plants, in addition to the corals.
In middle of the island, there are low hills which steadily slope towards sea level. The sand is soft and its shores are quiet. Flamingos, Seagulls, turtles, many forms of algae and Molluscs exist there in great numbers and it is also home to the migrating birds.
To protect the island from pollution which threatens its natural life and the desertion of rare birds as well as the disappearance of rare plants from the island, preliminary work such as limiting human activities on the island and its coast were implemented.
The Environment Public Authority (EPA) launched a national project to rehabilitate Kubbar Island. Once the project to turn it into a protected zone has been implemented, tourism will surely thrive on the island.
Away from the city, the island has been a silent attraction and an unconventional feel which brings out visitors’ wildest spirit to enjoy a carefree day out at Kubbar Island.

Diving
Scuba diving is one of the most popular water sports in Kuwait. There are several charter stores where the divers and tourists can rent a speed boat or a yacht. Kubbar is about a 40 minute boat ride from the shore. Usually the water runs from 4 to 14 meters deep, and most of the coral is about 9 meters down. The water always has fantastic visibility.
In early autumn months and the summer, divers will encounter hard and soft corals, sometimes with colorful brittle stars tangled up around them. Tiny creatures such as blennies, shrimps and crabs peek out of tiny holes and branch formations while nudibranchs, damselfish, lionfish and needlefish seem to find a blissful home in the shallows.

Other Activities
This little island is known for its clear waters and sandy beaches. Apart from scuba diving, you can consider enjoying other activities like for instance, snorkelling, swimming, boating, camp fires, beach parties, and not to miss, this place is a nesting ground for birds, so if you can enjoy bird-watching too, this is the right place to relax with friends and family.

How to Go?
Kubbar Island is located approximately 30 kilometers off the southern coast of Kuwait, at a distance of 35 kms from Al-Zoor coast and opposite Al-Fahaheel coastline nearly 33 km south of Failaka Island. It can easily be accessed from from Adudhal Harbour or Al-Fahaheel by chalet as there are regular trips conducted to the island. From the town of Al Qulay`ah, the island is about 31 Km and Visitors can also hire private yachts to reach the island.

Things to remember
There are no Masjid or halal restaurants around the Kubbar Island.
The island also lacks a coastguard station.
After an adventurous day out at the island, visitors can visit the Al-Jahra Copthorne Hotel & Resort, a popular Kuwait resort nearby. Recognized for its impeccable standards, it is one the ideal location for leisure and business travellers to the region.
Best time to visit is the spring time. Weekends can be crowded though.
It is better to bring food with you as there are no eateries in the island.
Carry essentials such as beach umbrellas, sunscreen lotions, protective foot wear for swimming, sunglasses, beach games and anything that would be of interest to you to have a relaxing time at the beach.
BBQ is prohibited to maintain cleanliness of the island.
It is better to pack the bags early in the morning to have a nice day out in the island.