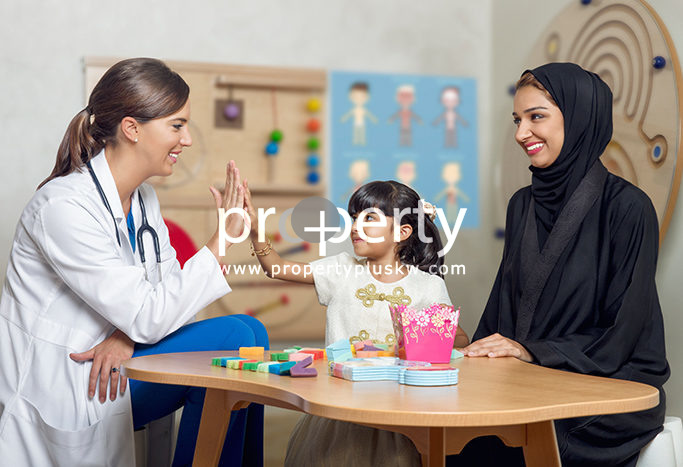 Kuwait offers a national health care service to its own national citizens which is free for some services and subsidised for others. The standard of care compares favourably to that of free healthcare services offered in European countries.

With a large number of medical centres offering a comprehensive treatment to a small population, citizens can enjoy fast access to high quality consultation and treatment.

However, Kuwait does not traditionally have access to certain treatments, such as for diabetes or many cancers. Poor diets and lack of exercise, combined with longevity, are increasing the risks of these diseases affecting citizens in Kuwait

Members of the elite families typically seek treatment abroad for most of their health issues, with London and the US being popular destinations. However, all residents may be referred abroad for treatment if they cannot access appropriate services in Kuwait. According to the State Audit Bureau, in 2014, there were 11,000 overseas medical trips by Kuwait’s citizens and their companions at a cost to the public purse of $1.5bn.

Since 1999 only Kuwait’s citizens are entitled to free or subsidised care. Expats have been required to join a public insurance scheme since 2006, and must provide evidence they have done so when renewing residency permits. These mandatory annual health care plans have a minimum level of cover so expats must pay for medical appointments, tests, surgery and medicines.

A number of insurance providers also operate in Kuwait, insuring expats for private healthcare. These allow their customers to access services and treatment in a number of privately run facilities in Kuwait.

The national health care system in Kuwait is undergoing a significant and substantial reform. At the heart of the change is the need to reduce the state’s rising budget deficit. They form part of the Kuwait Development Plan. Investment of $1bn is being made by the Ministry of Health to construct eight hospitals and hospital extensions, with the Ministry of Public Works providing an additional $4.2bn to build nine hospitals. If successful, these plans will provide thousands of additional hospital beds and create an estimated 15,000 new jobs.

The reforms are intended to reduce the number and cost of overseas medical treatments. The daily allowances for patients and their companions who travel overseas for treatment have already been reducing.

The national healthcare system is currently trialing and expanding a system of service segregation. The Jaber hospital will be providing services only to those who are citizens of Kuwait, and other centres may be restricting appointments for expats to specified times of the day. It is proposed that a public shareholding company, the Health Insurance Hospital Company, will provide separate medical facilities for the two to three million expats living in Kuwait.

Just over 10% of the population in Kuwait have been diagnosed with Type 2 Diabetes, and there may be many more cases which have not be identified. The disease causes a range of serious conditions and if left untreated can result in blindness and limb amputations. There are a number of interesting initiatives to help tackle this situation. For example, the Dasman Diabetes Institute and supermarket retailer the Sultan Centre worked together in 2015 to set up a free diabetes screening programme.

Back in 1995 Kuwait passed a law banning smoking in public places, for which a fine could be levied on transgressors. However, the law has not been enforced and smoking continues to be a widespread and normal part of life in Kuwait for men and women. The government is now trying to take action by tightening the law to prevent smoking in hospitals, markets and shopping centres. The fines have been substantially increased.

Vaping has become a popular alternative for those in Kuwait who wish to give up cigarette smoking. Vaping hasn’t been forbidden in the state but if coming into the country make sure you only have a small quantity for personal use. Customs checks in Kuwait are notoriously thorough – and hotels also sometimes check your luggage to ensure you have no alcohol or drugs with you. There are many retailers in Kuwait who sell vaping products.

Kuwait’s climate and environment cause a number of health issues for residents. The heat and humidity can be extreme and pose a risk to human health. Sunstroke can cause death and sunburn very significantly increases your risk of developing skin cancer. Once the temperature is close to 50°C you should not be outside, even to work. It is unusual for a building not to be cooled by air conditioning. Make sure your skin is protected by sunscreen and light clothing throughout the year. In hot temperatures it is important to drink plenty of fluid. Bottled water is readily available in urban areas.

Concentrations of dust and sand can cause respiratory problems for residents. Large scale building projects are thought to exacerbate this issue, especially in Kuwait City. When sandstorm warnings occur, it is best to go inside and stay there as long as possible.

Mental health issues affect those living in Kuwait as much as elsewhere. Traditionally mental illness was rarely discussed and sufferers were kept hidden away at home, but attitudes are slowly changing. Kuwait now delivers mental health service provision at seven primary care centres, the hospitals and the Kuwait Centre for Mental Health.

A mental health campaign named “Taqabbal”, which is the Arabic word for ‘acceptance’, raises awareness of mental health issues in public and private schools as well as universities. Young people are the ones most likely to be affected and the least likely to know where to ask for help, so the campaign aims to inform them of the issues and what can be done to help.

In 2017 a woman in Kuwait filmed her Ethiopian maid struggling to hold on to the windowsill of the seventh floor apartment window. The maid could be heard in the video calling “hold me, hold me” but her employer merely replied “Oh Crazy, come back” and continued to film as the maid’s grasp gave way and she fell. The employer then uploaded the video to social media. The video caused global disgust and led to the arrest of the employer. Miraculously, the maid survived the fall despite being hurt, and said she had been trying to escape from her violent employer. The problem of abuse experienced by domestic maids is so severe that the government runs a number of shelters to help them as they overcome their ordeal. An estimated 10,000 complaints are received by embassies in Kuwait each year as domestic workers flee abuse.

The majority of medical staff working in Kuwait’s hospitals and clinics are expats. The financial packages on offer, tax free salary, and standard of professional care in the Kuwaiti healthcare system means it is an attractive destination for medical staff looking to broaden their life experience.

If you are in Kuwait and need to call the police, ambulance or fire services, call 112.

Dress Code for Men and Women in Kuwait
Kuwait – Getting There