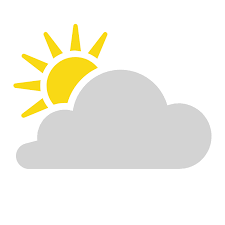 Kuwait’s climate is located in the Arabian Gulf and features hot summers and cool winters. Around December and March the temperatures are coolest while northerly winds prevail.

The average temperature is 36 degrees centigrade from July to September and the average annual rainfall is close to 77 mm. The city’s summers are long, sweltering and arid, while the winters are cool, dry, and often clear. Sunshine usually happens most of the year.

Does it rain in Kuwait?
There is rain fall throughout the year, but, most of the rain is centred around January. The month with least possibility of rainfall is September, while January is the month of maximum rainfall. The rainfall is slightly higher than 100mm annually, and it occurs mainly from November to April in the form of rare showers, which can at times be so intense, so as to cause flooding.

What is the best time to visit Kuwait?
The best time to visit Kuwait is during the months November to April. During this period, the climate is rather pleasant, and the weather is not too extreme. Usually, just before or after summer, the temperature during the day falls below 180C, while nights are cooler. But at least you can avoid the scorching heat. Even late March can get hot at times. But, the heat in Kuwait is mostly dry, so it is more bearable than in other countries in the Persian Gulf.