The Hawalli governorate is comprised of several district. Some of the major districts of Hawalli include Salmiya, Salwa, Bayan, Mishref and Jabriya.Hawalli is primarily meant for its technological hub and hence is the center for all the latest electronic gadget transaction. The football stadium of Al Qadsiya sports club has gained international fame and many national and international sport events have been organized here.Kuwait is known for its shopping complexes and malls, which have a variety of branded items. Although the costs are high tourists can blindfoldingly trust the quality of the products avaliable here. The biggest and the most well known mall in Hawalli is the Mohaleb Mall. Shopping at the mall is considered as one of the preferred tourist attractions of Hawalli.

Salmiya is the shoppers’ paradise in Kuwait. It is the hub of all shopping centers, with huge shopping malls and arcades. Salmiya Kuwait is barely 10 kilometer away from Kuwait City, which makes traveling all the more easy for tourists visiting the Kuwait City. Salmiya in Kuwait represents the Arab culture along with a touch of the Indian culture, as there are several Indians living in the city for long time.

The huge aquarium at the park is considered as the biggest aquarium in Middle East. The unique pyramid shaped mosque in Ras Salmiya is a perfect example of typical modern architecture of the country.

Like all Kuwait cities, Salmiya is full of big hotels for lodging. Hotels are the most convenient accommodations available in the city. Holiday Inn Kuwait and Ritz Salmiya are the most popular hotels in Salmiya. The luxury, comfort and service offered at the hotels are unparalleled.

A small city-state perched on the northern end of the Arabian Gulf, Kuwait City is blessed with a beautiful coastline, some seriously impressive architecture and a plethora of top notch places to eat. Sadly, it has been cursed with some very bad neighbours. Thanks to Iraq invading the country in 1990, and the orgy of looting that followed, the city still lacks some of the confident grandeur it once called its own. Nevertheless, a quick glance at the mighty Kuwait Towers stretching 187m (614 ft) above the glittering waters of the Gulf, are enough to show visitors that this is a city with big ambitions. While not quite as wealthy as its oil rich neighbours, Kuwait is no slouch in the bling stakes, something the opulent rooms inside the Arab Fund Building and the sports cars racing through the traffic attest to.For all that, the slow pace of life and the slightly more introspective character of the Kuwaitis makes it an easy-going destination – one that is rich in fascinating cultural attractions, perfect for whiling away a few hours. Among the best is the National Museum, which contains more than 2,000 works of Islamic art, much of it recovered following the end of the Gulf War. More poignant is the Memorial Museum, which recreates the dark days of 1990 in harrowing detail. Kuwaitis, however, are not ones to fixate on the past and are currently occupied with making everything in their city (from the magnificent aquarium to the hotchpotch of themed restaurants) bigger and better than anywhere else.Who, but a Kuwaiti, would conclude that what supper lacks is the chance to eat it in a dhow the size of an ocean liner? While Kuwait might not have the bling of Abu Dhabi or the history of Muscat, this eccentric little city has plenty to dispel preconceptions.

Safat Kuwait is one of the finest destinations in Kuwait with luxurious hotels, restaurants, shopping malls and great architectures. Safat in Kuwait is considered as a paradise for all the food and comfort loving tourists. Located in the outskirts of Kuwait, Safat is ideal for staying as well as for spending a holiday.Tourist Attractions in Safat Kuwait The tourist attractions in Safat Kuwait comprise old historical buildings, modern architectures, great shopping plazas and a lot more. Some of the most popular tourist destinations in the city include Kuwait Towers, Bayt Al-Badr, Science and Natural History Museum, National Museum, Souk Al’Juma’a, Bayt Al-Sadu and Al-Hashemi II and many more. Other places of attraction in Safat are the Shooting Ranges Complex, Al-Shaab Sea Club and Green Island.As all Kuwait cities are flooded with huge shopping malls, shopping is of great interest to the tourists visiting Safat. Gold is an important item for shopping in Kuwait.Restaurants in Safat KuwaitThere are plenty of restaurants in Safat serving exotic food of all cuisines to suit the taste buds of all. Some of the most notable amongst them are the Maharaja Palace, Applebees, Yaldez, Lebanese Restaurant, Presidency Restaurant, Darbar Indian Restaurant, Sea Front Restaurant, Al Batheel, Dawat Restaurant, La Palma Restaurant, Burger King, Sbarro, Village Inn Restaurant, Hardees, Johney Rockets American Restaurant, Oriental Restaurant, KFC, Mc Donalds, Pizza Italia, Pizza Hut, Kei Restaurant, Lazord and Prego.

Hawalli is situated in the eastern part of Kuwait. It is one of the most important governorates of the six Kuwait Provinces or Governorates. The geographycal location of the Hawalli Province in Kuwait has added a lot to the beauty of the land.

Hawalli has a latitudinal dimension of 29°20 N and the longitudinal dimension is 48°00 E. The land is situtated at a height of 11 meters above the sea level. An Nuqrah and Ar Rawdah in the west, Ash Sha`b in the north, Sharq Hawalli in the east and Al Jabiriyah and Bayan in the south are some of the majot cities that surrounds the area.

Situated in the inlet of the Persian Gulf, it is about 8 kilometers away in the southeast direction ofKuwait City. Hawalli is known for its well organized residential areas. Al Hawalli has a population of 82,238 , according to offcial records of 1995.

Jahrah, also known as Al Jahrah is the governorate city in central Kuwait. Located at 29°33′ N longitude and 47°69′ W latitude, Jahrah in Kuwait is spread over an area of 11,230 square kilometers.Jahrah is the capital of Al Jahrah province in Kuwait. It is situated on the coast of the Persian Gulf. Oil distribution and exportation is the main business here, which contributes significantly to the country’s economy. Other than oil, the two most important revenue sources of Jahrah are pearl culture and prawn breeding. Jahrah Weather The weather is warm with high temperature and low humidity. Maximum temperature is around 112.3° Fahrenheit while minimum is 45° Fahrenheit. The temperature reaches its highest during September. In Jahrah Kuwait the breeze blows very timidly throughout the year.

Jahrah, amongst the Kuwait cities is very popular among the overseas tourists, as it is a shoppers’ paradise. The city boasts of excellent shopping destinations where wide range of shopping items are avaliable.

Farwaniya is a suburb of Kuwait City. The Ghazali Expressway passes to the west of the district and the road leading to Kuwait International Airport to the east, both roads in a north-south direction. Farwaniya contains mosques, hospitals, a university, a park and other facilities. It’s the most populated city in Kuwait.

Wafra is the southernmost area in Kuwait. It is part of Ahmadi Governorate and is well known for its fertile soil and farms. It is parallel with the Saudi border. Wafra and Abdali in the North, are the only two cities in Kuwait known for farming and the animal sector. Wafra Farms are fed by the underground lakes. The farms have a very original cone-shaped mud dovecotes with hundreds of birds. People tend to visit the Wafra Market to buy fresh vegetables 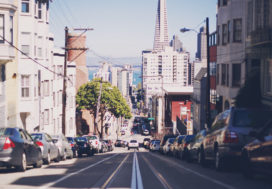 Sidebar on the right
Health Club information in Kuwait