Overview of the Education System in Kuwait 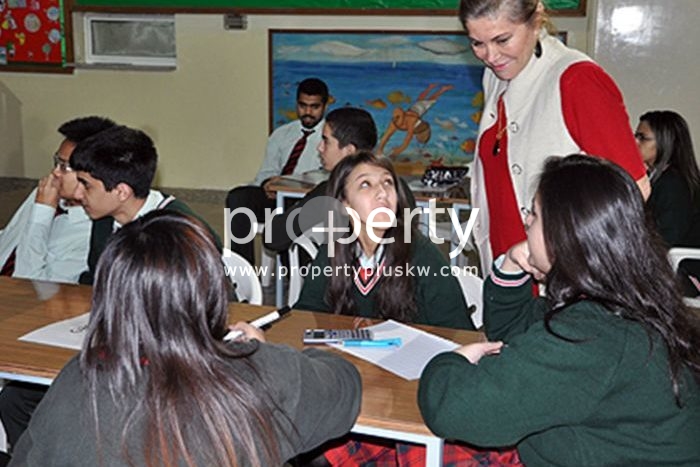 Here you’ll find what you need to know about sending your kids to school in Kuwait.

History
The development of the Kuwaiti educational system largely gives thanks to the abundance of weath that oil has brought to the country. At the beginning of the 20th century, there were few educational facilities in the country. A small number of Quranic schools known as Al-Katatib existed, which taught reading, writing and arithmetic, but there was no public education for the first part of the century, and any funding mainly came from Kuwait’s wealthier private citizens.
By the end of the Second World War, as oil production picked up, approximately 17 schools had been created as the government began investing large amounts of money into social services, especially education. By the 1960s, there were approximately 45,000 students enrolled in the Kuwaiti educational system, 18,000 of which were female.
Following the 1960s, more advances were made in education. The constituion of 1962 stipulates that education is assured and promoted by the State, and reflects the belief that education is a fundamental right of all citizens. Consequently, schooling was first made compulsory in 1965, and in 1967, a private school system re-eerged with the help of government subsidies.

Today
Today, the educational system in Kuwait is larger than ever. There are close to 500,000 students enrolled in schools, which consitutes approximately 30 percent of the entire population.
There are three basic levels of education in Kuwait – elementary, intermediate and secondary. Each level involves four years of study, and schooling usually begins at the age of 6. Schooling is compulsory for all children aged 6 to 14, which are the elementary and intermediate levels, and all stages of state education are free.
Students in all Kuwaiti schools study English beginning in the second grade.

Pre-school is available to 4 to 6 year olds, and students who can complete their basic education can continue on to higher education.
Despite government schooling being readily available, many Kuwaitis choose not to send their children there, and instead enroll them in private schools. There are a number of these available, and many have foreign sponsors and are co-ed.
Private education is not wholly funded by the government, although it is generously subsidised. The Kuwaiti Government pours more than KD 5.6 million per annum into private educational facilities in addition to allotting land for school construction and distributing textbooks.
Unlike most co-ed private schools, Kuwaiti public schools are segregated by gender, beginning in the first grade. Despite this separation, women are granted the same educational rights as men, and the Ministry of Education has worked to further the education of women through various programs such as the 1989 initiative to establish daytime literacy clinics.
The Kuwaiti Government ensures that each new school built contains a library, and over time, has expanded the collection of books existing in school libraries from 230,000 to more than 3 million publications today. The government also launched an ‘Education Net’ project to connect every government school and library in Kuwait to a telecommunications data network.

Kuwait University is a co-ed institution made up of five campuses in Kuwait City. It was established in 1966, and has grown to up to nearly 18,000 men and women, and has expanded from only 31 faculty members to include numerous colleges and departments.
The Public Authority for Applied Education and Training was established in 1982 to incorporate the various educational facilities that had been created to fill the need for technical and vocational training in Kuwait.
In addition, there are a number of private post-secondary colleges and universities that are approved by the Kuwait Ministry of Higher Education,

Foreign Scholarships
The government of Kuwait has an ambitious foreign scholarship program, which supports top Kuwaiti scholars who are accepted to universities in the United States, the United Kingdom, and other foreign countries.