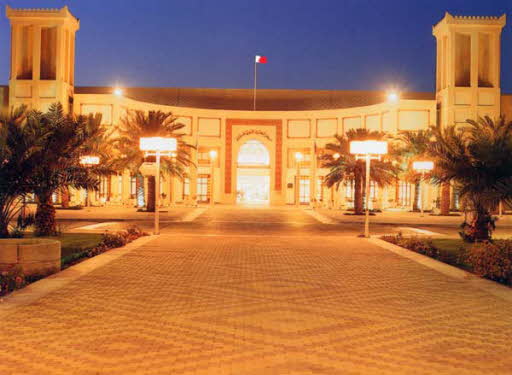 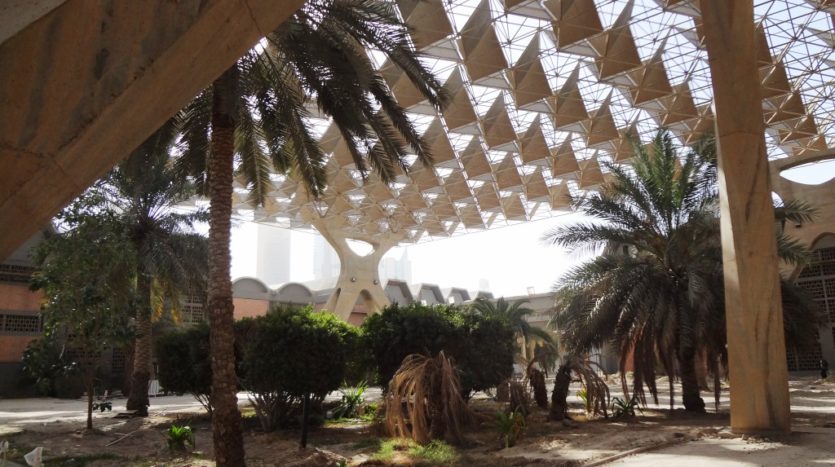 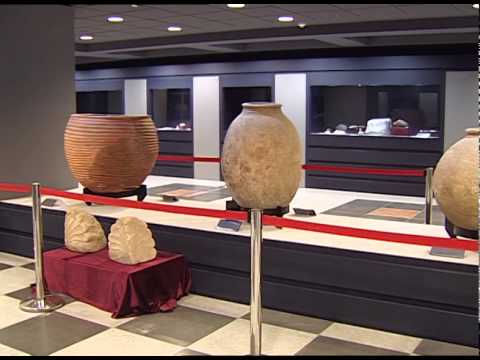 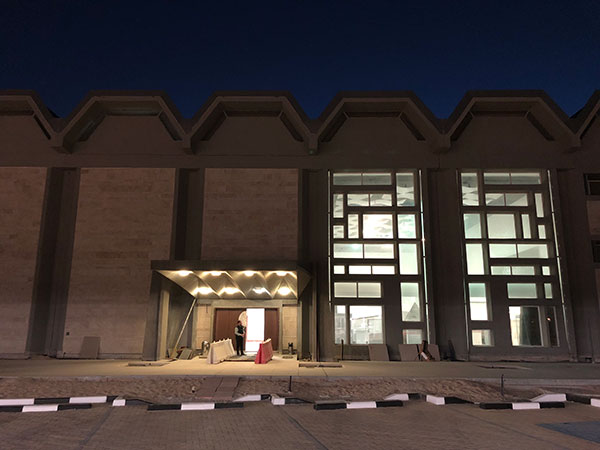 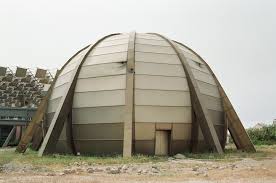 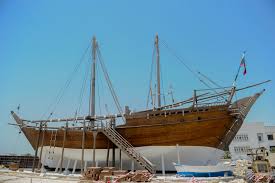 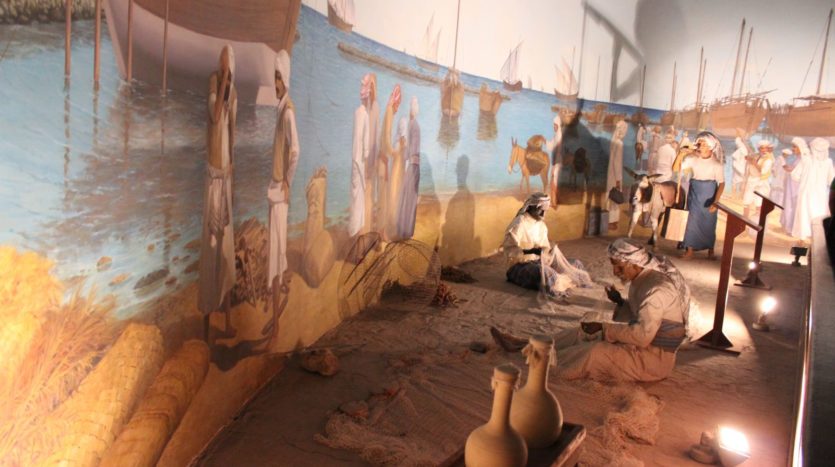 The Kuwait National Museum is a true reflection of the Kuwait Heritage, situated along the Arabian Gulf Street between Seif Palace and National Assembly.

Architecture & Design
Designed by French architect Michel Ecochard, tourists can enjoy this historic museum reflecting past Kuwaiti life, its everyday activities, Kuwait’s rich trading history and its traditions.
The museum consists of five buildings built around a central garden; this is similar to the architectural plan of the vernacular Arab mud house which has a central courtyard. The National Museum also exhibits the wonderful art collection by the Al-Sabah dynasty.
Indeed, there are two types of museums. The first displays artifacts found during an archaeological dig in Failika Island, terracotta and engraved tools, wooden doors of the past, group of cutters and blades from Neolithic age and flint stone, silver statues, 16 million old animal fossil, bronze coins from bronze period and Hellenistic period.
The other museum exhibits include statues depicting the old ways of Kuwaitis, old photos dating back to 1942, a typical Kuwaiti house prior to invasion of modern technology and in general, the museum displays artifacts of what Kuwait was like during the 40’s and 50’s. Though, the museum was stripped of several of these artifacts during the Gulf war, it has been restored and is open to public for display.
Therefore, for the visitors who are not very familiar with the full chronological and geographic spread of the Islamic world, a visit to Kuwait National Museum will be helpful.

How to go?
The museum is located in Kuwait City on the Arabian Gulf Street between the Seif Palace and the National Assembly (Parliament). There is Al Sadu house a few feet away, which faces the Gulf Street. Heading west, Take the Gulf Road (25th Street), after Al Maarri Street turn first left. The museum main gate is on the right.

History
The museum has a remarkable history and it was formerly the residence of the Kuwaiti Royal Sabah family. The archaeological discoveries at Failaka created a requirement for a place to house these important finds and the Department of Antiquity and Museums bought the residence of the Sabah family in Kuwait City and turned it into the national museum.
Despite the fact that the architectural project and the plans of the museum were ready in 60’s, actual construction was started only in 1981. Two of the four buildings were inaugurated on February 23, 1983; the planetarium was dedicated to the nation on February 16, 1986. One of the four blocks of the museum houses all offices, administrative wings and a lecture hall. The other three blocks houses the permanent artifacts.
Plundered and destroyed by the Iraqi regime during the gulf war, the museum is now renovated and has been re-opened to the public – with most of the previously exhibited artifacts. Though many of the invaluable treasures have been returned to the collection, the national museum authorities report that the whereabouts of another 487 treasures remain unknown. The magnificent trading dhow from the 1930s that graced the front yard of the museum was burnt during the gulf war and the replacement for the dhow (replica called as Muhallab II), was constructed on site in 1997 and is now open to visitors.

Inside the museum
The museum gates looks like a traditional fortress and visitors must walk through the ‘entrance’ and walk out into Pathways covered with piles of soil.
An interesting feature of the museum is an aluminum space frame that covers some of the buildings and the inner garden creating an internal micro climate

Kuwait Heritage Museum
The heritage section is an absolutely dazzling life-size reconstruction of “Old Kuwait”. This section houses the framework of an old souq and displays all the different facets of Kuwaiti life with life-size replicas and models.
First there is “Al Natur” (guard of the market) and his duty was the security and maintenance of the market. Then there is the Jew market (Al Bajajas) followed by a variety of traditional shops.
Al Bourkhotaah – (originally Indian word) is the store that sells utensils and household items most of them imported from India.
Al kharaj – leather products mainly shoes of camel and sheep skin.
Al Khabooj- is where we can buy bread and oldest market in kuwait.
Al Tamoor- the Dates Market.
The Arms Market- different types of guns were sold.
The section also has model of a school (with school children and their books), men in a diwaniyyah, brides’ room, dining room, kitchen, courtyard, dhow building and fishing scene. These marvellously recreated scenes give an insight as to the Kuwaiti way of life in the past. Photographs of Kuwaiti past are also displayed in the heritage section.

Kuwait National Planetarium
The planetarium was one of the first in the Gulf region and this was designed by Carl Zeiss. Inaugurated in 1986, the Kuwait National Planetarium has 15 meter of a horizontal dome installed with a map of the sky mainly the northern hemisphere surrounded by the 28 phases of the moon
The dome portrays the sky with its 52 constellations and more than 550 radiant stars. Small models of planets orbiting the sun, space shuttles, compasses and also old telescopes are displayed for viewing on the ground floor of the dome.
There is a semi-circular walkway with a mural on each side up to the sky dome. While one displays the comparative size measurements from electron size particles up to the size of a human being, the other has the universe and solar system.
The sky dome show hall plays shows which are screened in the mornings and afternoons. The shows in English are only at 12 noon on weekdays. The museum is closed on Sundays.
In 2007, another major upgrade was done with full dome capabilities along with Uniview to facilitate up to date interactive voice-over in a 3D environment.

Archaeology Museum
The first building has 2 rooms displaying very impressive archaeological artifacts found on Failaka Island. Failaka Island is 20km east of Kuwait city in the Persian Gulf.
Apparently, Failaka Island was an important site from as early as the Bronze Age and was colonized by the Ancient Greeks in the fourth century BC. Alexander the Great founded a Greek colony in the island during 324/3 BC and called it ‘Ikarus’.
There are a few antiques on display such as old cameras, gramophones, radios, weapons, jewelry and clothing (men and women). Visitors will see many Bronze Age cauldrons, terracotta pots, coins, flasks and figurines on display from the Hellenistic period, which has been dug up on Failaka. Also they will see tools, vessels and tripods from the Bronze Age in addition to some attractive jewellery- necklaces, bracelets, rings, gem stones. 16 million year old fossils are also displayed along with flint arrows, blades and cutters from the Neolithic age (5000- 8000 BC).
All these artifacts are among Kuwait National Heritage that all people in Kuwait are proud of. This is in the entrance of the Museum.

Boom Al-Muhallab
Boom Al Muhallab is one of the major dhows that sailed during the history of Kuwait, and has a prominent place in the memory of Kuwaitis. It is positioned in the middle of the museum as a representation of all generations, and landed in the heart of the museum as gift to the state, after it set sail on its final trip in 1949.
However, you can only view the dhow from outside. The inside is not open to visitors yet.
Note:Upon entering the museum, the guard takes visitors civil ID and gives them a visitor’s badge.
The entry to the museum is free.