General Laws and Regulations in Kuwait 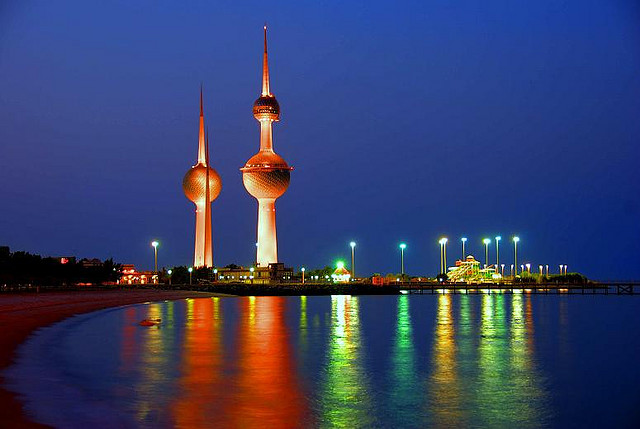 It is important to be aware of the general laws of the country before planning a trip to any destination. It would be prudent to note that even your embassy should not be able to assist you if you break the country’s law at any time. Here are several fundamental general law guidelines followed in the State of Kuwait.

Kuwait is a country of Muslim descent. You should also respect local customs, laws and religion and ensure that your acts do not offend any other cultures or religious beliefs, particularly during Ramadan’s holy month, if you happen to visit religious areas.
Kuwait uses Sunni Islam as its religion of governance, although its law is Sharia-based. The legal system in Kuwait is based on Sharia law, English law, Egyptian tradition and elements of the Ottoman system. Sharia courts deal with problems surrounding personal and family matters.

Entry / Exit Rules
A visa is required by all visitors except GCC nationals. All other nationals are subject to strict entry rules as foreigners under the sponsorship of Kuwaitis, or as dependants of foreigners who enjoy residency in Kuwait under Kuwaiti sponsorship.

Visitors from 52 nations, including the US, Canada, Australia, EU countries can apply online by completing Kuwait eVisa application. Nationals from other countries need to visit an embassy or consulate to apply for various types of visas. The application form for eVisa (electronic visa) is straightforward, wherein, the applicants just have to enter the basic information, pay the fee, and the eVisa is sent to them by email. However, it is important that you do not overstay your Kuwait Visa.

Expats travelling by air can obtain a free 30-day permit / tourist visa, or a 90-day visit / business visa on arrival in Kuwait for a fee. However, you should have a ticket for travel out of Kuwait. Travellers arriving by land or sea will have to obtain visas in advance. If you have an Israeli stamp in your passport, you may be refused visas entry to Kuwait. If you plan to enter Kuwait over land from Iraq, it is better to obtain a visa in advance.

There are no hassles for exit from Kuwait for foreigners. However, those involved in any commercial dispute with a Kuwaiti company or individual may be prevented from leaving the country, while the resolution of the dispute is pending.

Customs Rules
Kuwait culture is conservative. The majority of Kuwaitis are Muslim and hence Islam largely dictates the law and customs.

Before visiting Kuwait, it is important to keep in mind that pork, alcohol, homosexuality, heterosexual sex outside marriage, pornography and cross-dressing are illegal.

All alcoholic beverages and associated materials, beef, pigs, pork, pigskin products (such as handbags, wallets), are denied entry into Kuwait.

A special permit from the Kuwait Ministry of Interior will be required to legally import any weapons into the country. Jewels, precious stones and metals may be imported subject to approval by the Ministry of Commerce and Industry.

Authority should be obtained from the Health Ministry for drugs and medicines. Pets and other animals imported into the country will require Veterinarian Health Certification, and permission from General Directorate for Agricultural and Sea Wealth. All birds species originating from Italy, Malaysia, Jordan, Albania, Palestine, Thailand, Ukraine and Zimbabwe, and animals from Iraq are banned entry into Kuwait.

Crime
The Islamic system of law, known as Sharia Law, is derived from four sources – the Holy Koran, Sunnah, Qiyas and Ijma. Under Sharia law, just as in other legal system, a person is presumed innocent, until proven guilty. The defendant and plaintiff are equal before the law. It involves producing two to four eyewitnesses, depending on the seriousness of the crime. In case a plaintiff is unable to produce eyewitnesses, he can insist on the defendant swearing an oath as to his innocence. If the defendant refuses to take this oath, he is judged guilty, as it is believed that perjurers suffer hellfire and eternal damnation according to Muslim belief. Jews and Christians swear a different oath, but it has equal validity. A judge presides over the court and often, there are no juries or lawyers to present the case for their clients. There are systems of appeal, which can be used in cases of serious crime and punishment.
According to ancient law, payment of blood money (diya) for injury or death can be requested by the victim’s family as compensation. The amount of blood money required can vary from state to state.
Under the Islamic law, crimes that carry defined penalties are apostasy, murder, adultery, fornication, homosexuality and theft.
Interpretations of the law and punishment vary from state to state. Some of the lesser offences include alcohol and drug abuse, debt, usury, and use of pornography.
As an expatriate, you are subject to the laws of the country you are in. If you have broken a law, you will be taken under arrest to a police station, questioned and instructed to make a statement. If the offence is a serious one, enough to warrant your detention, you may have to wait for some time before your case comes up. You will be allowed legal representation, but, everything will be in Arabic. Your statement will be translated into Arabic. However, you should not sign an endorsement until you have a clear understanding of the document.
In court an interpreter will be present to assist you and an official from your embassy or consulate may be present, although only as an observer. If found guilty the judge will sentence you, and demand your written acceptance of the sentence, unless you wish to appeal.

The Law & Court System
Kuwait courts have the right to decide all cases, including commercial disputes with the government. The court system is divided into six main divisions – family, criminal, civil, commercial, leases and administrative.
There are three levels of tribunal – The Courts of First Instance, The Higher Court of Appeal and The Court of Cassation. All cases are first tried in Court of First Instance in the appropriate division. There are three ways in which a court judgement may be appealed – to the higher court of appeal, by cassation and by request for rehearing.

Business Ethics
Kuwait, being an Islam country, is pro-business. The Sharia contains detailed rules as to how a business should be carried out. Any business activity that is fair and beneficial to both parties and is transacted by mutual consent is considered lawful. However, any activity involving uncertainty or unfair assumption of risk is not allowed.
Muslims are not allowed to deal in things such as swine, intoxicants, idols, or use of which is haram. The Sharia law prohibits dealing in stolen or unsurped property.
The Sharia law prohibits ribah (charging interest on money lent). Although commercial banks in Kuwait lend money at interest, the religious prohibition on ribah has led to development of Islamic banking.

Travel Rules
Only authorized road border crossing points into Saudi Arabia and Iraq should be used. Any other unauthorized movement in the vicinity of borders is considered illegal and dangerous – armed guards patrol the border area. If you are planning to cross the border from Kuwait into Iraq, ensure that you have the correct documents.
As for road travel, you can drive on an international driving permit. Third party insurance is compulsory. Those seeking for residence in Kuwait can also drive on an International Driving Permit, until the residency permit is issued. Thereafter, a Kuwaiti driving license will be required. To obtain a driving license, you should confirm the eligibility requirements with the nearest Kuwaiti Embassy, if you plan to drive or obtain a license.

Ramadan Rules
During the Holy Month of Ramadan, Muslims fast from dawn to sunset. In Kuwait, eating, drinking (even water), and smoking in public places are strictly prohibited to both Muslims and non-Muslims. People may be fined, or imprisoned for violating the prohibition.

Other General Rules
Always carry your passport or a Kuwait civil identification card, if you have one, at all times. General modesty of behaviour and dress is expected in public. Women wearing shorts or tight-fitting clothes, particularly in downtown areas are likely to attract unwelcome attention.
Importing alcohol, narcotics, pork products and obscene material is forbidden and can lead to imprisonment. Drug abuse can lead to imprisonment upto five or ten years, apart from a heavy fine. Bail is usually not granted for such offences.
Criticism of the Emir is not permitted by Kuwaiti authorities. You should not make any negative comments about the ruling family, police, or government officials verbally or in writing.
If you are involved in a commercial dispute with a Kuwaiti company or an individual, you may be prevented from leaving the country, as the resolution of the dispute is pending.
Drunken behaviour in public or driving under the influence of alcohol is a punishable offence, and attracts fine and imprisonment or deportation and withdrawal of driving license.
Visitors are not allowed to enter and photograph near government, military, industrial and other restricted areas, particularly oil fields.
‘Bouncing’ cheques is illegal, and the law does not provide for offenders to be released from custody on bail.
Homosexual behaviour is illegal, and so is any public display of affection between men and women. Co-habiting of unmarried partners is also considered illegal in Kuwait.

For any emergency assistance, contact Kuwaiti Police by dialling 112 from any telephone in Kuwait.

Lawlessness is no reasonable excuse. Hence, you need to get to know the rules of the nation you want to live in. When any local laws are violated in Kuwait, nothing will prevent an arrest or prosecution.