Education and Schools in Kuwait 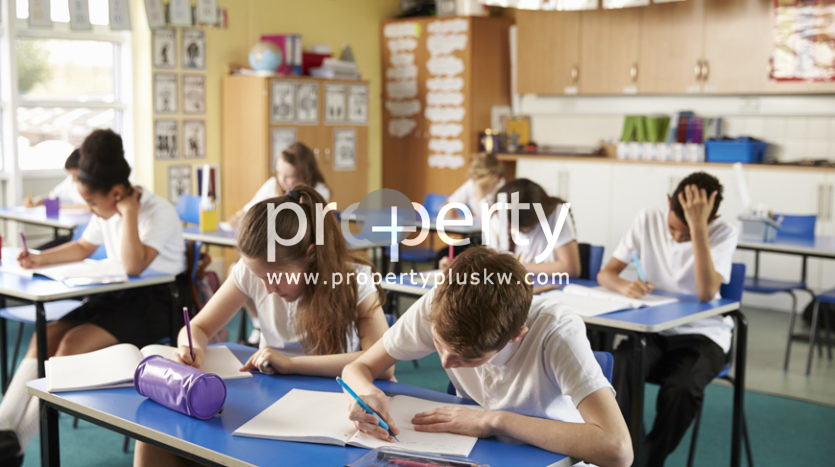 Class of primary school kids studying in a classroom 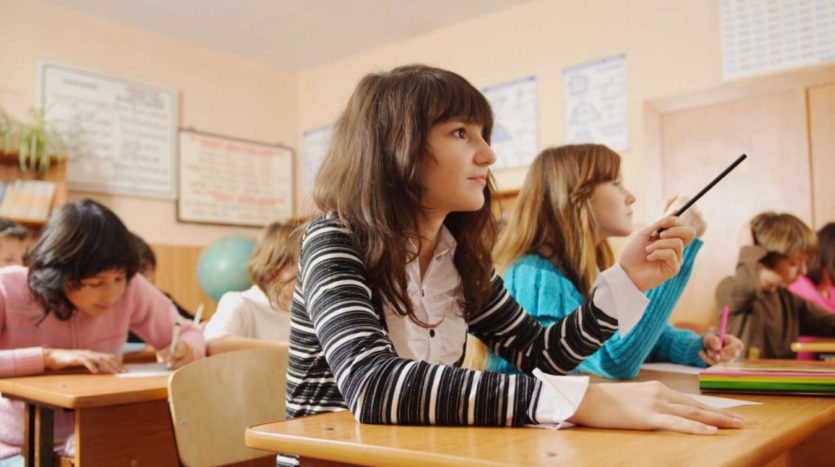 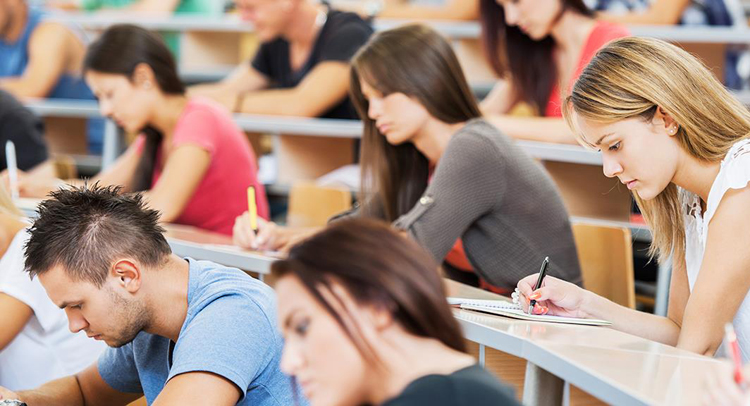 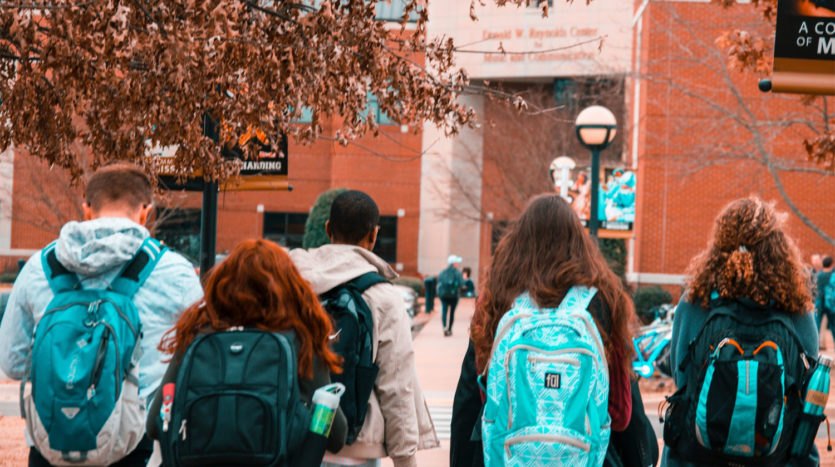 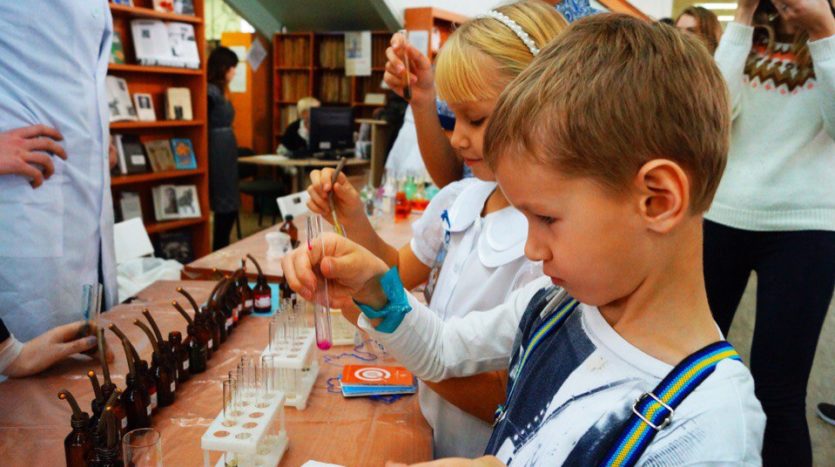 The educational policy for the State of Kuwait aims to provide opportunities for all children. This includes children of all social classes and irrespective of any disability and special needs that they may have. The government is concerned that 80% of its revenue is earned from the oil industry, and that over 90% of its working nationals are employees of the public sector. They hope education may be the key to producing a skilled workforce in a diversified economy.

Kuwait spends just under 4% of Gross Domestic Product (GDP) on education, which is low compared to the average for the Organisation for Economic Co-operation and Development (OECD) countries. However, the amount represents between 9 and 13% of all the country’s government spend. Residents in Kuwait traditionally have a high cultural appreciation of the value in education. It is not uncommon for even very bright pupils to receive private tuition after school.

The Ministry of Education in Kuwait has brought in a number of policies and initiatives over the past few decades aimed at improving the literacy rates in the country and supporting women’s entry into the educated workforce. Scholarships are given to outstanding students, allowing them to access higher education institutions around the world.

The Quranic schools have long had a presence in Kuwait, teaching reading, writing and basic arithmetic. Modern educational institutions have been present in Kuwait since 1911. Formal education has been provided by the government since 1936, with the numbers of students and amount of funding increasing significantly after 1945. Since many of the early teachers were recruited from Egypt, the Kuwait education system was strongly modelled on the Egyptian education system. Education became compulsory for all primary school children in 1965, and today is mandatory for all children aged 6-14.

Kuwaits’s population has risen significantly in the past few decades. The birth rate in Kuwait averages 2.1 children per adult woman, which is high by Western standards. In addition, the oil industry sparked decades of significant migration into the State, both from highly specialised workers in the oil fields to the maids who work for wealthy families. Currently, about two thirds of the resident population are immigrants. The increase in population and government focus on education means there has been a substantial increase in the number of teachers working in Kuwait, especially in the primary schools. Female teachers have a significant presence in schools, especially primary schools, although there are only a small percentage of women still teaching over the age of 45.

There are well over a thousand schools in Kuwait because almost 20% of the country’s population are enrolled students. Just under half of the schools are private or international schools, teaching about 40% of the school age population. Only children who are citizens of Kuwait may enrol at a public school.

The cost of private schools will vary enormously. However, they must seek official approval before raising fees, even by the rate of inflation. The government will step in and take action where this official permission is not obtained, as happened in 2016.

Parents need to exercise similar caution when presented with exam results. Some schools will enter students as independent candidates if there is concern that they will do badly. It means the results of borderline students might not be included in the school’s official results.

All schools must include Arabic language lessons in their timetable, including International schools which may be delivering their curriculum in English or French, for example. Schools will separate native Arabic speakers and children who are learning the language into separate classrooms for these lessons.

Muslim children will receive compulsory lessons in Islamic Studies. No other religious studies will be offered in any school in Kuwait, as this is prohibited by law.

Public schools, and many private schools, teach girls and boys separately. In the private sector, co-education is offered by schools whose provision is informed by western systems of education.

The academic year starts in late August or early September, and ends in the middle of June after exams. The school week starts on a Saturday, and runs until Wednesday. On Thursdays and Fridays the schools are closed.

Fleets of school buses cover a lot of Kuwait City’s school run. However, the children of Kuwaiti families are typically taken to school by the family’s driver and maid. Even if parents bring their children to school, they are not welcome to enter school premises without an appointment. This would be an alien concept to many western parents, but keeps the school site secure for children and staff. Many teachers in International schools send very regular emails to parents to report on their child’s activites and progress at school, to make up for the lack of parental contact at the classroom door.

Before starting school, parents must provide evidence that their child has received a BCG vaccination. They must also present the results of a general health check undertaken by the staff in a local government health clinic. When attending this health check you must bring your child’s passport and a separate passport photo, their original birth certificate and a photocopy to hand in. You must also present your child’s vaccination booklets, and proof of their blood type. Finally you must remember to present the identification documents of the child’s father, with a photocopy for submission. Much of this information and proof will also be held on file by your child’s school.

Kindergarten is available to children under the age of six, but is not compulsory. Private institutions offer kindergarten, as do some primary schools. Parents must pay the fees for kindergarten, unless the child has Kuwaiti citizenship and is aged between four and six years old in which case the government will provide funding.

Social interaction and communication skills are at the heart of the two year kindergarten syllabus.

Kuwait has a high kindergarten enrollment rate of 66% of eligible children. This is very favourable compared to the OECD average and comparable to nearby countries in the region.

The English school is also host to the Jack and Jill Mother and Toddler Group.

Primary school begins at the age of six, when education becomes compulsory. Children will attend grades 1 to 5, during which time they should receive a basic knowledge of reading, writing and arithmetic. They will also learn about Islam, explore a range of sciences, study the Arabic and English languages, take part in physical education, and be introduced to a range of arts and humanities subjects.

At the age of 11 students move on to the next compulsory phase of education, Intermediate level. Through grades 6 to 10, they will develop the subjects introduced at primary school and acquire a broad technical knowledge.

For students who achieve the required level of competence, an Intermediate school certificate will be awarded. These pupils will be permitted to move on to secondary level education. Approximately 91% of female students and 90% of male students successfully do so.

Any student who completes their secondary education to the required standard will be awarded the secondary school leaving certificate, or Shahadat Al-Thanawiya-Al-A’ama. As in many other countries, girls outperform their male counterparts in many examined subjects.

Students can repeat years if they failed to make adequate progress and wish to continue their school education.

Each school in Kuwait must be equipped with a library, and between them the schools have millions of books available for student use.

Information technology is a key part of the Kuwaiti education system. All schools and libraries are connected to the internet with generous provision of IT hardware.

Educational reform in 2015 set out to make Kuwait’s education system one which demanded high levels of skills and competence achievement, but which remained child-centred.

The Ministry of Education also oversees special needs teaching in Kuwait. There are more than 30 public schools offering a specialised education to children with special needs, with several more provided in the private education sector. Furthermore, children can attend mainstream schools with additional support or specialised classes where provision meets their individual needs.

Pupils who successfully complete their secondary education can move on to University. Students can opt between the publicly funded Kuwait University, 14 private universities, or apply for a scholarship to attend University overseas. Kuwait University was established in 1966 and today is a co-educational institution delivering courses across five campuses in Kuwait City. However, most students without official status as a citizen of Kuwait attend private universities. Examples of private institutions offering degree level courses, which have been accredited by the Ministry of Higher Education Private Universities Council, include:

Those from other countries who are considering Kuwait as a destination for University study may find it a difficult process to obtain a student visa. The high cost of University accommodation will impact on limited budgets. Some people are also concerned that the courses being delivered are targeted at domestic needs, and may not be attractive to an international audience.

Another popular post-secondary choice is entry into a vocational college, where a range of technical and vocational qualifications can be achieved. The Public Authority for Applied Education and Training (PAAET) is a publicly funded college which has been providing a range of practical courses since 1982. Entry can take place before the completion of secondary school, but the majority of students enrol after the age of 18. Changes in course provision over the years have boosted female participation. The government is keen for all citizens to increase their skills knowledge and qualifications, both as a way to boost diversification in the Kuwaiti economy and to reduce the increasing problem of unemployment.